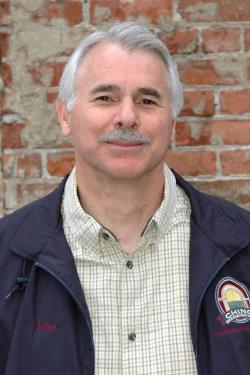 Kolling was hired as an Associate Park Planner by Chino in December 1988 and shortly after promoted to Capital Projects Manager. Kolling is a licensed landscape architect.

During Kolling’s tenure, he designed and was the projects manager for many of the new parks you see in the city today.  The skate park and the expansion of Ayala Park are just a couple examples of the scope of projects he managed. He was also the project manager for the construction of major facilities in the City of Chino, including the Carolyn Owens Community Center, Chino Police Department Facility, Fire Stations No. 1 and No. 3 and the training center.

In 2001 and 2012 Kolling was named the Employee of the Year Award by the City of Chino. He loved that he got to volunteer as the Chino Relay For Life Logistics Lead from 2003-2017. He put in hundreds of hours planning the course and the site where it was held each year. In 2018 Kolling reached a milestone by donating 100 gallons of blood.

The Chino City Council recognized Kolling at the July 17 City Council meeting, he was presented with a tile of the City Of Chino’s official seal.

Mike Kolling’s accomplishments during his time with the City: