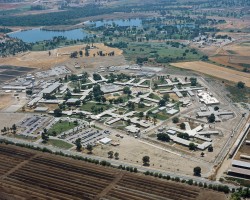 The June 19 audit revealed that during the aforementioned period, 144 female inmates were sterilized by bilateral tubal ligation, and the Receiver’s Office of the California Correctional Health Care Services at times failed to ensure that the inmates’ consent was lawfully obtained. 39 inmates received the procedure – 11 of those women incarcerated at Chino – with deficiencies in the process.

In 27 of those cases, there was no evidence that a physician signed the required consent forms asserting that the patient was mentally competent and therefore understood the lasting effects of the procedure; in 18 cases there was a violation of the required waiting period between consent and procedure. In some cases, the physicians falsified the consent forms, indicating that the proper waiting period had passed when it clearly had not. In all there were numerous illegal surgeries and other violations of the state’s informed consent law.

For one case in particular for a pregnant inmate at the Chino prison, a physician filed a form requesting approval for a pregnancy evaluation and treatment. Nothing on the form indicated a request for sterilization; the woman was sterilized, regardless, during a cesarean section delivery which was performed 17 days before the woman’s expected delivery date. A review of her medical records did not indicate any emergency conditions requiring an expedited delivery or sterilization.

Auditors have begun to urge federal officials to give the names of the physicians involved in the illegal surgeries to the Medical Board and the California Department of Public Health for further investigation and possible disciplinary action.

Prison advocates and former inmates say that prison medical staff targeted those who were deemed likely to return to prison in the future. The audit states that all the women who received tubal ligations had been in prison at least once before, and were repeat offenders. The prison medical officials have denied any ill intent; however, the integrity of all these incidents is in question.

This integrity, or lack thereof, leads one to remember California’s dreadful history regarding such things, labeled Eugenics. Wikipedia states that as an early leading force in the field of Eugenics, California became the third state in the United States to enact a sterilization law, forcing 20,000 sterilizations between 1909 and 1963. By 1921, California had accounted for 80% of the sterilizations nationwide. This continued until World War 2, after which the number of sterilizations began to decrease, largely due to the fallout of Hitler’s eugenics movement. It is reported that Nazi Germany sought the advice of the California’s eugenics leaders in the 1930s. More current reports tout the sterilization as a way to avoid welfare benefits for unwanted children.

In response to the audit, the state prison health department generally agrees with the findings, and noted that steps have since been taken to improve the situation. A bill has now been introduced that would ban all inmate sterilizations for birth control purposes. In May, the Senate unanimously approved SB 1135, and the measures are now being taken up by the Assembly.

Tiana Goegebuer contributed to this article.

Frontier Communities
Is your business in need of window cleaning? Contact Aqua Technologies today!
Our Diamond Bar May 2020 print edition is available now at www.anapr.com
Our Eastvale News May 2020 print edition is available to view at www.anapr.com
Congratulations to our Mother’s Day Essay Contest Winner, Will!
Jurupa Community Services District