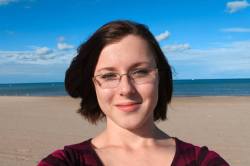 Twentynine Palms – After an exhaustive eight-week search, the body of missing 19-year old Erin Corwin has been found.

The San Bernardino County Sheriff’s Department has issued a statement that on Sun., Aug. 17, Corwin’s body was recovered from a mine shaft 140 feet below the surface at approximately 6:30 p.m.

Corwin, who was reportedly pregnant, and married to U.S. Marine corporal Jonathan Wayne Corwin, apparently left her home on Sat., June 28 heading for Joshua Tree National Park for the day. She never returned and her husband reported her missing on Sunday. Shortly thereafter, Erin’s Toyota Corolla was found.

Under investigation during the search was Christopher Lee, a former Marine with whom Erin was allegedly romantically involved. As a result of their contact authorities issued a search warrant for him. In a search of his home investigators discovered a destructive device and arrested Lee on felony charges – not related to Erin’s disappearance – for its possession. He was released two days later.

The search for Erin under what authorities called, “suspicious circumstances,” included the assistance of nearly 5,000 volunteer hours over approximately 300 square miles, including the areas of Joshua Tree National Park, Twentynine Palms, Amboy, the local Marine base, and areas of the Bureau of Land Management. Sheriff’s authorities state that aerial searches identified more than 100 mine shafts and numerous bodies of water in the area and recruited the assistance of the Technical Cave and Mine Teams, specialized dive teams, and the County Fire Urban Search and Rescue Team. Using video equipment a body was located in an abandoned mine on federal property.

Once Erin was identified, Lee was arrested for her murder in Anchorage, Alaska that same night. An autopsy conducted on August 18 determined her death to be a homicide.