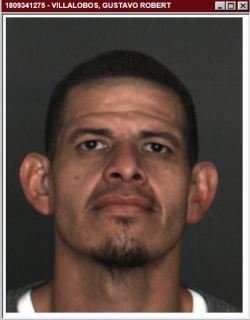 By Anthony Saude
Chino Hills – On August 15, at approximately 7:49 a.m., deputies from the Chino Hills Station responded to the report of a commercial burglary at Derenzis & Associates located at 5857 Pine Ave. The suspects used a pry bare to gain entry into the building by removing a window. The suspects made off with laptop worth $1200.00 during the burglary. The entire crime was captured on by a video surveillance camera. A thorough investigation led to Villalobos being identified as one of the suspects.

On September 6, Chino Hills Police detectives secured an arrest warrant for Villalobos and a search warrant for his residence.

On September 12, the search warrant was served at Villalobos’ residence and he was arrested. During the search it was discovered that Villalobos was in possession of approximately $30,000 worth of stolen/recovered property. The stolen property has been linked to burglaries in the cities of Brea, Chino, Upland and Pomona. Villalobos was booked for commercial burglary and possession of known stolen property, with a $100,000 bail and a no bail Parole hold. Villalobos is being held at West Valley Detention Center.