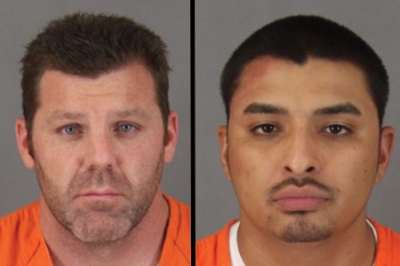 Riverside – Two men responsible for a series of ATM robberies in which they used power tools and a truck to forcibly open safes inside drive-up ATMs at facilities operated by JP Morgan Chase Bank have pleaded guilty to participating in a conspiracy that stole nearly a half million dollars.According to the United States Attorney’s Office, David Joseph Silva, Jr., 25, of Fontana, pleaded guilty on Mon., Nov. 17 to conspiracy to commit bank larceny, a charge that carries a statutory maximum penalty of five years in federal prison.

During their guilty pleas, Silva and Costilow admitted that they attempted to break into Chase Bank ATMs in three counties 15 times over a six-month period. The pair successfully got into the safes inside ATMs on four occasions and conspired to steal approximately $462,093 in cash. In some of the thefts, the pair stole the entire ATM device, while in later attempts they used power saws or a “jaws of life” device to gain access to the safes.

Silva and Costilow were arrested on Sept. 22 after an unsuccessful ATM robbery in Murrieta, in which they first attempted to cut the hinges on the safe doors and then tried to pull the doors off with a truck. The attempt failed when the bumper came off the truck.

This case is the product of an investigation by the FBI and the Murrieta Police Department. 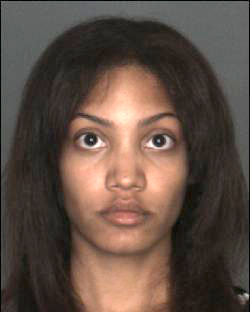 Chino – Officers of the Chino Police Department arrested a subject believed to be the suspect of the Bank of the West robbery, which took place in Chino on Mon., July 14.

Rafaella Benoit, 18, of Moreno Valley, allegedly entered the Bank of the West and passed a note to the teller demanding cash. The suspect – described as a black female in her 20s, wearing light colored hospital scrubs, a tan knit cap, and sunglasses – fled on foot with an undisclosed amount of money.

Through the investigative process, Detectives identified Benoit as a potential suspect. Benoit was out on bail for a previous bank robbery she allegedly committed on Fri., May 9, at the BBVA Compass Bank, located in Moreno Valley.

At approximately 8:30 a.m. on Fri., July 25, Officers arrested Benoit in the 1200 block of Autumnwood Lane as she was leaving her residence in Moreno Valley. A search of the property was conducted and evidence was found linking Benoit to the crime. She was booked at the West Valley Detention Center on robbery and committing a felony while out on bail.

The investigation is ongoing and anyone with information is asked to contact the Chino Police Department at (909) 628-1234.

Chino – On July 10, officers of the Chino Police Department arrested three suspects who are believed to have been involved in an armed robbery that took place in the 12800 block of 16th Street.

At approximately 3:24 a.m., a victim told police he was robbed at gunpoint while walking on 16th street, and that his handgun and cash had been taken by three armed suspects described as Hispanic males. The suspects were last seen running from the scene into a nearby residential area.

According to a press release from the City of Chino, officers quickly cordoned off the area of Benson Avenue, 18th Street, Tronkeel and Serene Avenues, and evacuated nearby residents. Members of the Chino SWAT Team arrived on scene and surrounded a house in the 12800 block of 16th Street, which is where the suspects were believed to be hiding.

At approximately 5:52 a.m., officers came into contact with Edgar Campos, 20, of Chino, who was walking in the 12800 block of 18th Street. Officers detained him for questioning and later arrested him for his alleged involvement in the robbery.

Through the investigative process, officers arrested a third suspect – Carlos Meza, 21, of Chino – at around 12:58 p.m. Meza was arrested near the intersection of Benson and Tronkeel Avenues.

All three suspects were booked at the West Valley Detention Center on robbery with gang enhancements. Details are still emerging and the investigation is ongoing. Anyone with information is asked to contact the Chino Police Department at (909) 628-1234. 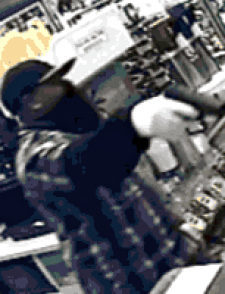 Pomona – The Los Angeles County Sheriff’s Department has recently issued a news release stating that the suspect responsible for nearly 60 robberies in Southern California cities, including Monterey Park and Pasadena, has been arrested.

In a multitude of incidents involving the armed robbery of Gas Stations, Fast Food establishments, and Convenience Stores, the “Midnight/Plaid Shirt Bandit” has reportedly been associated with crimes from April 2012 through June 2013. Suspect Jermaine D. Shepherd, a 37-year old male, supposedly had a penchant for wearing plaid shirts during the commission of the robberies.

The news release stated that in June of 2013, a press conference was held asking the public’s help in identifying the suspect. The public was shown pictures of the suspect from some of the robberies. Since that press conference, the robberies stopped. Detectives from the Major Crimes Bureau were able to gain valuable information and evidence regarding the suspect’s identify from a combination of the public’s help, associated law enforcement agencies, and department technology. One of the clues was the unusual gait the suspect had when he walked. The investigation led detectives to Bakersfield where additional information was obtained. On Feb. 11, 2014, detectives presented their case to the District Attorney’s Office where they filed five counts of Armed Robbery, two counts of Assault with a Deadly Weapon, and obtained an arrest warrant for the suspect. On Feb.19, 2014, Major Crimes Bureau personnel responded to Bakersfield and with the assistance of Kern County Sheriff’s Department arrested Shepherd. Search warrants were executed at three locations and evidence was recovered including shirts believed to be worn in the robberies. After the suspect’s arrest, further investigation was completed and the District Attorney filed an additional 26 counts. Shepherd was arraigned and his bail was set at $2.4 million.

The Preliminary hearing is set for June 20, 2014, in Pomona Court, and detectives will seek an additional eight counts of Robbery that occurred in Orange County. Detectives are again seeking the public’s assistance with this case. If you have any additional information, call LASD Major Crimes Bureau at (562-946-7893), or email mcbtips@lasd.org . Anonymous calls are welcomed. “If You See Something, Say Something.” Partner with LA Crime Stoppers to prevent or report crime by contacting your local Sheriff’s station. If you wish to remain anonymous, call (800) 222-TIPS (8477), text the letters TIPLA plus your tip to CRIMES (274637), or use the website at http://lacrimestoppers.org.