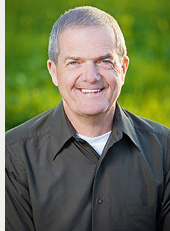 Some of our grandchildren and their parents have been staying with us for a few weeks.  It has been fun to have a house full of four energetic and enthusiastic young children.

One day one of them found a small newspaper on our driveway and brought into the house. I suggested that we look through the paper and see if there was a picture of anyone we might recognize in it. I said, “I wonder if there is a picture of Pop Pop (me) in the paper”.  My six year old grandson replied, “No Pop Pop – they only put pictures of famous people in the newspaper”.

I wasn’t exactly sure how to reply to his comment, but I thought it might be fun to look through the paper anyway. As we proceeded to turn the pages, he did not see anyone he recognized.  Several of the advertisements had pictures of people and several of the news articles did too.

As we looked at each page, I asked him, “Is there a picture of Pop Pop on this page?” His  answer was always the same – “no”.  But, when we got to page eight, he was startled to see a picture of me!  The expression on the face of my grandson was priceless.  He looked at the photo and looked at me several times. He couldn’t believe it – there was a picture of his grandfather in the newspaper!

I explained that I get to write articles for the “Weekly News” publication. I assured my grandson that a lot of people read my article every week. I don’t know the exact number of readers but I’m sure there are a lot.  He asked what kind of things I wrote about so I showed him a few copies of articles that I had cut out from past issues.

I couldn’t help but smile as I thought back on that conversation. “Only famous people have their pictures in the newspaper”.  I don’t consider myself famous.  I’m just glad I get to share my thoughts with a few readers each week. But, if my grandson wants to think that his Pop Pop is famous – I’m ok with that!