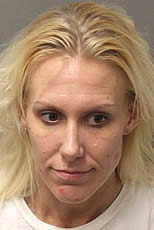 On Tuesday, July 15, 2014, about 11:45 a.m., deputies assigned to the Jurupa Valley Station, Norco Sheriff’s Office, responded to the 2200 block of Vista Ridge in the city of Norco. This was in reference to a stolen vehicle investigation. Upon arriving, deputies located the stolen vehicle parked in the driveway of a residence. As the deputies continued with their investigation, they were able to locate and identify the suspects, who were found hiding in the residence.

The following suspects were arrested and booked into Robert Presley Detention Center:

For a unique dining experience along with great cuisine, visit Centro Basco. #centrobasco#chino#hiddengem
Intro to Composting.. Free Smart Gardening Workshop. #cityofdiamondbar
http://www.sellyourcasa.com/
Congratulations to @copticjen You are the winner of the $25 “ On The Border” gift certificate! #ontheborder#valentines#abcpr
Valentine's Dinner Giveaway!!! At On The Border in Eastvale. "Like and Share" this menu by Wednesday, February 12th to enter for a chance to win a $25 gift certificate for lunch or dinner. Win and treat your sweetheart this Valentine's Weekend! Winner announced Thursday, February 13th. *Alcohol excluded.
The City Of Diamond Bar is sponsoring a used oil filter and used oil event on Saturday January 18, 2020 from 10am-2pm. Location: O’Reilly AutoParts 15840 E. Gale Ave Hacienda Heights, CA 91745 Get a FREE Filter* *Valued at up to $15, while supplies last. Limit 1 filter per participant. #cityofdiamondbar#oilfilter