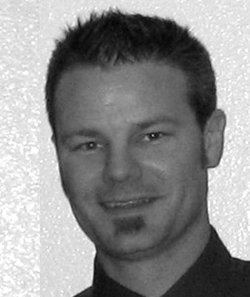 Have you ever imagined yourself walking with Jesus back in His time here on earth? What kind of relationship would you have had with Him? Do you liken yourself to John, “The disciple whom Jesus loved?” Or would you be more like Peter, and deny Him three times even though you loved Him?

It’s hard to say what we would have done at the time, for the turmoil surrounding the arrest and crucifixion of Jesus was profound, to say the least. Even though the disciples walked with Him, followed Him, and learned from Him what was to come, they still had their doubts.

When the women brought spices to Jesus’ tomb and found the stone rolled away, they were astonished to find Him gone. In Luke 24, we read that Mary, Mary Magdalene and Joanna ran to tell the disciples what the angels had told them, yet they still did not believe. They had to see Him face to face.

What would you do when you saw the stone rolled away? Would you recall the words your Lord told you with joy? Matthew 27:63-64 says, “They told him, ‘Sir, we remember what that deceiver once said while he was still alive: ‘After three days I will rise from the dead.’ So we request that you seal the tomb until the third day. This will prevent his disciples from coming and stealing his body and then telling everyone he was raised from the dead!’” Obviously the Pharisees and Chief Priests had their doubts, too. It took several men to roll that stone into place, and guards stood watch those three days.

The good news is, He is Risen! We don’t have to doubt. “Praise be to the God and Father of our Lord Jesus Christ! In his great mercy he has given us new birth into a living hope through the resurrection of Jesus Christ from the dead,” (1 Peter 1:3).

Have no doubts; come and hear the real story of Easter. Join us for Holy Week services at Edgewater.