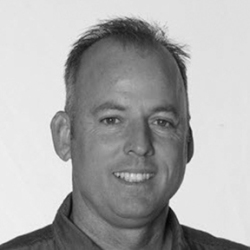 “I have no one else of kindred spirit who will genuinely be concerned for your welfare.”
Philippians 2:20

Gary Thomas, author of such inspiring books as Sacred Marriage and Authentic Faith: The Power of a Fire-Tested Life, tells the story of two American soldiers who became fast friends during their preparations for combat in World War I. Though they had known each other only a short time, the camaraderie of battle and their shared dreams of postwar life quickly cemented their relationship.

One day, these two buddies crawled from their foxhole with the rest of their unit in an attack on the German forces. After a valiant fight, the order was given to retreat. But only one of the two friends returned to the trench. The other had been hit by German gunfire and was lying about 50 yards out of reach.

Against his commanding officer’s orders, the other soldier crawled out of the ditch to go find his fallen comrade. Hugging the ground and dodging enemy bullets, he worked his way across the bloody, corpse-littered ground until he finally located the friend he sought. Finding him semi-conscious, they were left with only a few seconds together before he died.

When the man returned to the trench with the body of his soldier friend, the ranking officer flew into a rage for this overt flaunting of his order, asking, “Was it worth it for you to risk your life?”

“Absolutely, sir. Because when I turned him over, he looked up at me and said, ‘I knew you’d come.'”

That’s the kind of loyalty we are called to in all our relationships–especially in our homes and families. Your spouse needs to know without a doubt that when you are needed, you will be there. Your children need to know they can count on you, not just in a pinch, but also in their most routine of expectations. When they need you, can they be sure you’ll come?

Live it:
How can your marriage and family practically demonstrate this kind of love for one another?

Pray:
Pray that the Lord will keep you sensitive to each other, anticipating when you’re needed most.

Trusting and believing with you, Join us on Mother’s Day for a celebration service.