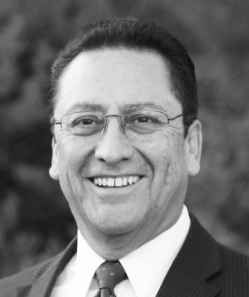 The Legislative Analyst’s Office, which is the California Legislature’s Nonpartisan Fiscal and Policy Advisor, reported earlier this year on the net migration of California’s population. The report stated that between 2007 to 2016, about 5 million people moved to California from other states, while about 6 million left California. As high as that number was, it was about one-half of what it was on average the previous two decades.

The profile of the inbound migration was heavily weighed by the large number of 18-35 year olds  moving from New York, New Jersey, and Illinois, who were typically the college-educated. Families with kids and those with only a high school education predominate among those moving from California to its top destination states (Texas, Arizona, and Nevada). This netted the effect of a wealthier, more highly educated population living in California.

Another major factor in the net out-migration to other neighboring states from California is the State income tax imposed on California residents.  Many are opting to move to states that do not have an income tax, such as Nevada and Texas. The typical income tax rate that the California household pays is about 9% of the median income of approximately $67,000.00.  That translates to an annual income tax of nearly $6,000.00, or $500.00 per month.

In summary, not only is the cost of living so much less in neighboring states, but if they do not have a State Income Tax, the household is left with close to 10% more of their income. The key to a move is the job market and the level of pay one is able to secure. Next week we will compare the job market and median household incomes in California and neighboring states.

This article was written by Nef Cortez who is a licensed Real Estate Broker, Ca BRE # 00560181, licensed since 1976. He can be reached for more information via e-mail at nefcortez@gmail.com, or website www.nefcortez.com. Please feel free to email any questions regarding real estate.

Building families, Friends Community & Lifestyles Visit: www.FrontierHomes.com
For all your insurance needs, call for a quote today!
Extreme Backyard Designs have great deals for the month of April!!
This weekends Specials.